Time for a change (and more interesting things around trains!)

By Yi - August 16, 2017
I've started a new blog, maybe something of an expansion to this one, where I'll do more than linking and summarizing things from Wikipedia most of the time. At the time this blog started, the name might have suited the purpose just fine, but over time, I found it a little restricting. Maybe it's because I have OCD tendencies or something, it bugs me to not rigidly posting about some nerdy train stuff every week (although I had missed posts many a time), and slowly the fun of blogging had been eroding away with it. Anyway, enough of making excuses for myself. Here goes the new blog, called Wenige Minuten Später , a name that accurately depicts my experiences with the Deutschebahn over the past two years of living in Germany. And as my stay here draws to an end, this blog will hopefully serve as a reminder of the fun-filled, semi-carefree time of my grad school days. So what if the posts might be a few minutes late?
Post a Comment
Read more 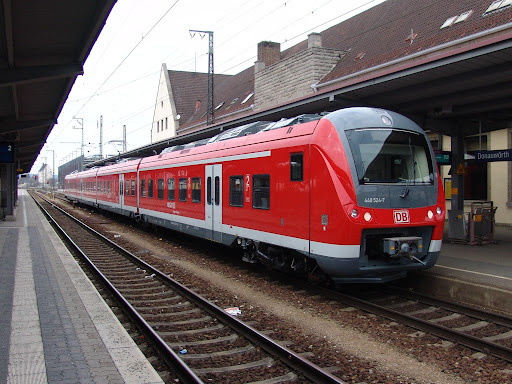 At some point in the past, as I was daydreaming about the Scandinavian skies, I wrote about the Alstom Coradia Nordic . They became quite active in the snowy north, having replaced a variety of vintage rolling stocks across a wide spectrum of services. Little did I know. They had cousins, the Coradia Continental, who made their way south to Germany. Some of them even settled right in my current backyard, humbly serving on the busy S-Bahn Rhein-Ruhr. Von Muellean in der Wikipedia auf Deutsch (Andreas Müller) - Eigenes Werk des ursprünglichen Hochladers, CC BY-SA 3.0 de , Link Von IPRobin - Eigenes Werk , CC-BY-SA 4.0 , Link These electric multiple-units are known as the Class 440 (newer versions are called the Class 1440). They had been roaming far and wide in the Vaterland since the late 2000s. Having a top authorized speed of 100 mph, these trainsets not only could operate in frequent-stop suburban commutes, they are fully capable of running as RegionalBahn or RegionalExpre
1 comment
Read more

By Yi - July 14, 2017
What I’m blogging about today, doesn’t exactly exist in real life yet, but it’s been a while since the last time I wrote about anything British. It was just on the news , by the way. Don’t know if the little Pacer DMUs ring a bell to anyone who reads this blog, but they are literally busses on rails (bus frame plus four steel wheels). They are interesting to see, and ride once in a while. They sound like an old bus, rattle like an old bus, and the experience is quite unique. Sadly, or maybe not so to people who might be stuck with them on their commute, they are about to be replaced by new Spanish built DMUs that will enter service when Arriva (pronounced Deutschebahn) takes over the Northern franchise. The new DMU is called the Class 195, and its production has officially commenced this week. For that reason, there’s only this artist rendering which I can't share with you (but here it is in Wikipedia), but I’m sure pictures will surface when the time comes. These trains are e
Post a Comment
Read more

The IC2 is still considered a rare sight by me, unless I camp outside a station where they stop. They are meant to be a kind of an intermediary solution to lines where the maximum authorized speed does not warrant the use of one of the shiny new ICE4 s that are to replace some existing InterCity trains. Essentially, the IC2 is an upgraded RegionalExpress Twindexx Vario trainset with an inverted long-distance colour scheme. They even have the same Class 146 locomotives on one end. As such, they do not come equipped with a bistro car. Food and beverages are served from trolleys, airline style (and maybe some people would rather prefer not to leave their seat). Von Falk2 - Eigenes Werk , CC-BY-SA 4.0 , Link The speed of these trainsets remains the same as their regional cousins, at 99 mph, down from 124 mph with the regular InterCity services. More sets will gradually come online throughout the next few years, as Bombardier irons some bugs out in the meantime (read more here on
Post a Comment
Read more 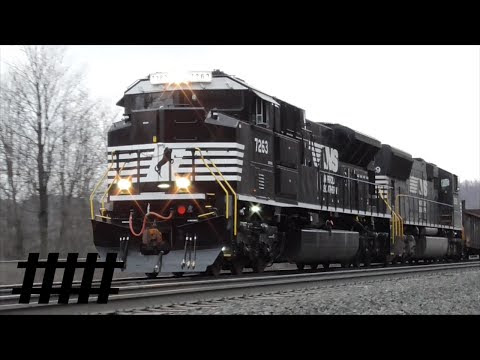 After the post on the shiny rebuilt GE road power, it's only fair to have a look into what Progress Rail has to offer on their side of the table. I'm using the company's recently-changed, formal name of course. For those who are not up-to-date on the current state of North American railroading affairs, Progress Rail is the company (owned by Caterpillar) that purchased EMD a few years ago. The SD90MAC was arguably the biggest gong show in EMD's recent memory. It happened at a time when they were comfortably resting on their laurels, unaware the fateful changes that were about to occur in the locomotive market in the not-so-distant future (they got beaten badly by GE). What was supposed to be one of the most remarkable locomotives whose presence is to grace the mainlines in modern history, turned out to be an utter disaster (I'll redirect further readings to Wikipedia). As a result, today, the number of SD90s still in operation on a Class 1 Railroad is, if not id
Post a Comment
Read more

By Koman90 - Own work , CC BY-SA 3.0 , Link Sometimes I feel like I'm running out of things to write about on this blog, but maybe that's because there are really too many things out there. It's hard to decide, and I can't keep up lately. One of the very first posts on this blog I started quite a few years ago was about the C-Train. For those of you who don't know, that's the name given to the Light Rail Transit system in the Canadian city of Calgary, Alberta, a place I reluctantly (at first, anyway) called home due to its lack of public transit infrastructure (still true today, but hell, we've got oil and pickup trucks) despite having a population of over one million. Though, never had I known was that the C-Train would become one of this meaningless but nonetheless interesting coincidence in my life. You see, the oldest of the C-Trains are the Siemens-Düwag U2. They were built in the city of Düsseldorf, a few stops down the line on the RegionalExpress
Post a Comment
Read more

North American railroads are no strangers to rebuilding older locomotives to help lower cost. Unlike many parts of the world, the adhesion-limited operating environment often means that our locomotives are heavier and moderately powered. At one point in history, First Class Railroads have converged onto the ideal mainline locomotive, a six-axle unit having about 4,400 hp, and weighing at about 400,000 lbs. By Nstrainman1006 - Taking a photo. Previously published: YYYY-MM-DD, CC BY-SA 4.0 , Link In the 1990s, amid the market dominated by General Motors, the microprocessor-controlled Dash 9 Series was the revolution General Electric needed that kick-started their rise to the top. Within the series, there was the C40-9W , a limited-power edition of the mainstream C44-9W , specifically conceived for the Norfolk Southern. Starting in late 2013, these units were converted to the C44, and then two years later, some started further upgrades to, eventually, become the AC44C6M. Compa
Post a Comment
Read more
More posts